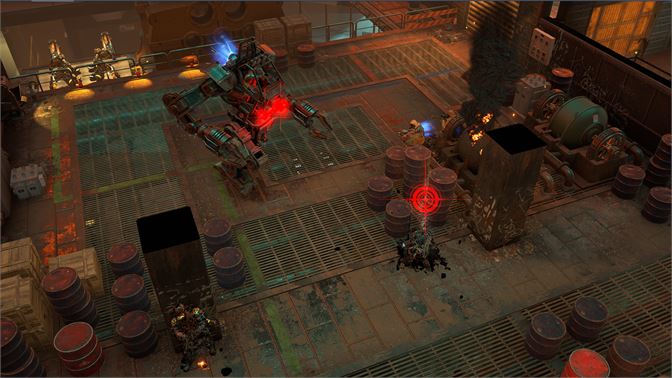 One of the great joys of being a game reviewer is that if you drop some thoughts on a base game, any additional downloadable content that turns up for the game usually comes your way. Well, what this usually means, for me at least, is that DLC for a game will drop just when the memories of how to play the base game have gone into the brain’s equivalent of Amazon Glacier storage: long term memory that costs quite a lot to retrieve. The upshot of this is that I usually have to restart the game from the beginning in order to review it and remind myself what to do: on a game like Wasteland 3, this takes a wee while to accomplish. Still, I’ve managed it and can now present my thoughts from Wasteland 3’s The Battle of Steeltown DLC. The question that is left answering is, is it worth battling for?

To get into the Steeltown story and missions is a piece of cake – as long as your team are around level 9, the next time you head out into Colorado in the Kodiak, you will receive a message from The Patriarch about a situation he needs handling. It turns out that Steeltown is where all the gear that the Patriarch needs is made – everything from guns to trucks – and it’s hard to rule a state with an iron fist when the place that makes the iron fists is no longer sending you any goods. Abigail Markham, the leader of Steeltown, is sending more excuses than armour, and so we are sent down there to find out what is going on. Now, an aside for those of you new to the game, you will need to upgrade the chassis of the truck we ride around in to survive the radiation on the way to Steeltown, so if you are just starting, make sure you’ve done this before going for it.

Now, for me, a good content drop has to consist of three basic parts: it has to fit into the overarching story without making the rest of the story senseless, it has to introduce a good amount of new gear and mechanics, and it has to not break what was there before. So, does Wasteland 3: The Battle of Steeltown meet these criteria? Well, as Meat Loaf memorably sang, two out of three ain’t bad.

Starting with the story, this fits in with the overall scheme of Wasteland 3 pretty well. Throughout the rest of the game there are two warring factions inside Steeltown itself, the workers and the management, and a gang of Outlaws living just outside as well. Meeting first of all with Abigail Markham, she asks that we quell the rebellion amongst the workforce, but in a non-lethal way. To aid in this, we are issued with rifles or shotguns that fire electric charges. So far, so good, right? It turns out the workers are fitted with cybernetic implants, and that hitting them ten times with one of the non-lethal weapons will short them out, incapacitating the enemies and removing them from combat.

A word to the wise here: If you have a companion that you don’t control, like the Provost, or you have an animal companion, these are not going to listen when it comes to non-lethal takedowns, so they should be dismissed before attempting this way of fighting. The number of times my vicious bunny killed low health enemies was so ridiculous that it looked like a scene from Monty Python and the Holy Grail! Of course, the enemies are under no limitations and will attempt to mess you all the way up.

So, storyline with decisions to make and sides to take? Tick! Let’s go onto the second of my requirements, and I’ve already discussed the electric weapons that make a big impact. Well, a big impact in mechanics that is, as the actual weapons themselves are rather underwhelming, with very low attack power meaning that everyone really needs to concentrate on just one enemy to take him off the field. There are other weapons that have a cumulative effect as well, such as tar guns that stack a slowing effect on their victims, and so on. Add in new armour and elemental effects, and the second requirement is also met with a big tick. There is, however, a caveat with this – the weapons you find in The Battle of Steeltown are of next to no use when you carry on in Wasteland 3, being very underpowered.

The third requirement is where the wheels begin to fall off. When I reviewed the base game, I was pleasantly surprised with how robust Wasteland 3 was, not meeting any major bugs along the way. However, this DLC seems to have introduced a herd of bugs into the game. I’ve had fights that didn’t end when the last enemy was killed, forcing me to restart. I’ve had the game randomly crash out and ping me back to the dashboard, which is always fun when you haven’t manually saved for a while.

And there have been many more. One of the most annoying issues is found in the combat and if a character empties their gun, instead of prompting you to reload, Wasteland 3 mentions how “There are no enemies in range” despite pretty much treading on their bunions. It actually took me a while to figure that one out, as obviously if you change weapon, they are able to attack. All in all, it’s a big fat cross on the requirement for not breaking what was there already sadly.

So this brings us to a bit of a conclusion then and Wasteland 3: The Battle of Steeltown is the very definition of “okay”. The story is good, choosing which side to champion does add a bit of replayability, and the weapons are fun to use, if only really relevant in the DLC bubble. The problem is, the bugs that seem to crop up regularly now spoil the taste somewhat. If all you want is more Wasteland 3 story to follow and play through, this is an easy sell, but the rest of us should think a bit more carefully.

Return to the wasteland with Wasteland 3: The Battle of Steeltown on Xbox Series X|S and Xbox One